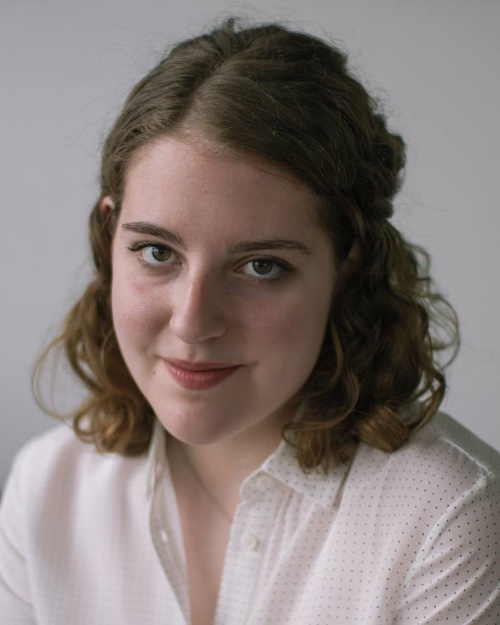 I’m Amy Bowman (BA Theatre Studies, 2013). I would presently describe myself as an occasional dramaturg, accidental stage manager, and emerging voice actor. I work at Pirate, an audio production and design house based in Toronto in Client Services and have been soaking up all I can about voice acting and audio production. Additionally, I have been the co-host and co-producer of Broken Picture Podcast, which reviews the very best and the very worst film can offer, since 2016. Our series finale will drop before the end of the year. Additionally, I was second assistant director on Night Owl (Rebekah Miskin), a web series that is making the festival rounds, including a screening at South by Southwest.

It’s hard to pick a favourite moment from York, but I have so many fond memories of the first piece I ever stage managed for PlayGround, called Dead Flag. I met some of my closest friends in that ensemble, and learned that I can, when needed, kind of pretend to be a stage manager, which has come in handy in other moments of my life. It was a brilliant mess of a piece, but I wouldn’t change a thing about where it lead me.

It’s hard to go through the Playwriting and Dramaturgy series of courses and not be profoundly changed by Judith Rudakoff’s motto: “flexible and hilarious”. I struggle with over-thinking everything and taking everything too seriously and when I stop, breathe, and think, “flexible and hilarious”, I feel like I immediately have a clearer head. It’s also a helpful approach when I’m about to try something (a voice audition, for example), because if you stay open to trying something that might seem a little outside the box, magic can happen. Or it’s a total disaster but then, hey, hilarious story!

My dramaturgy studies totally influenced how I approach work of any kind, be it office administration or on a film set. I hope I’m explaining this clearly, but when you work as a dramaturg with a number of different playwrights, you’re able to learn how to communicate effectively and efficiently with all kinds of people. Your brain learns to adapt to another’s way of thinking, essentially. Additionally, my goal in anything I do is to make the work the best it can be, and that means choosing the right idea for the job as opposed to advocating for my idea just because it’s mine. We’d be in a much better place if everyone thought like a dramaturg.