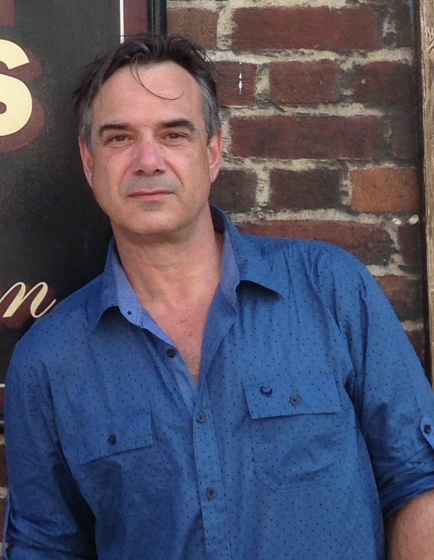 Geoffrey Hyland (MFA Directing 1994)
I was born and bred (and still live in) Cape Town, South Africa. I am currently the Head of Theatre and Associate Professor at the University of Cape Town’s Centre for Theatre, Dance and Performance Studies where I have taught since 1990, (except for the 2 and ½ year study break I took to complete my MFA at York U.) I have directed and taught in Canada, England, the USA and New Zealand. My work has also been seen in Ireland, Scotland, Germany, Spain and Peru. I have been nominated for several South African awards for acting and directing, receiving, amongst others, the Fleur du Cap Award for Young Directors and also the Standard Bank Young Artist Award. I have directed well over 120 theatre productions in my career, including dance, opera and cabaret. Some highlights include Madame de Sade, Les Liaisons Dangereuses, Women Beware Women, Judith: A Parting from the Body, Judas, Masque: An African Opera; Opera 4:30, Kissed by Brel, Salome, The Maids, Blood Wedding, Fucking Men, Between, Our Country’s Good, Slowly, Wounds to the Face, as well as Othello (2x), Hamlet (3x), King Lear, Macbeth (2x), Romeo and Juliet (2x), As You Like It (2x), All’s Well That Ends Well (2x) and Twelfth Night (2x).

Some Production photos at:
https://geoffreyhyland.wixsite.com/productions/portfolio

It’s 26 years later and I’m not sure how I single out a particular favourite moment in that 2-year period. I had left my country to pursue a transformative experience—everything was new to me. I was in my early 30’s and willing to jump into the tempting unknown.

Snippets of memory still come to me at the least expected times… it might be a taste, a sound, a sight, a feeling. There is an abundance of ‘significant’ memories, some big ones and some small ones. They layer one upon another to create a watershed life experience. I sometimes recall myself tearfully hitting the Atkinson Studio wall in an emotional outpouring; sometimes it’s just the taste of a vanilla coffee in a freezing snowstorm before another intense rehearsal; sometimes it’s the sound of raucous, uncontrolled laughter; and sometimes it’s the deep quiet of a shared profound moment around a single candle.

I believe I was blessed to hit a golden age at York and was tutored by a ‘just-right-for-me’ gathering of mentors, each very different and yet each offering part of a rich tapestry of interrelated experiences. David Rotenberg; David Smukler; Judith Rudakoff; Paula Thomson; Ines Buchli; Tom Diamond were the mainstays of my programme as I remember, although there were several others who also contributed to my journey. Put that together with a diverse, yet close, group of classmates and you have the conditions for a ‘perfect storm’. And here I mean ‘storm’ in a good way… my comfort zones were blown around, ripped apart and put together in a never-ending alchemy of face-myself transformative experiences. And I was willing to throw myself into the melee because I instinctively trusted that I would be supported, held and guided.

I cannot be drawn into stating a particularly impactful ‘lightbulb’ moment; there were so many. Suffice it to say that my two years at York provided a crucible of encounters which significantly shaped who I am as an artist-teacher-person today.

Having dedicated my life to both theatre and teaching, I draw on my York experiences every time I walk into a class or a rehearsal room.

Perhaps the whole thing can be summed up in this quote by Benjamin Disraeli:
“The greatest good you can do for another is not just to share your riches, but to reveal to him his own.”