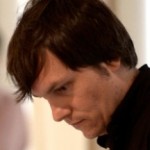 Doug Van Nort joined York University’s School of the Arts, Media, Performance & Design in 2015. He is cross-appointed to the Digital Media Program and Department of Theatre, and holds a five-year Canada Research Chair in Digital Performance. He is the founding director of AMPD’s DisPerSion Lab (DIStributed PERformance and Sensorial immersIION), a facility dedicated to the development of interdisciplinary research-creation projects that explore how we sense, process and interact with the performing arts in the post/digital age.

Professor Van Nort is an artist, researcher, composer and performer who work focuses on issues of performance and sensorial immersion in technologically-mediated environments. He has a particular interest in affective and visceral experiences of the sonic and haptic senses, the complex and embodied nature of listening, and the phenomenology of time consciousness.

As a performer specializing in truly improvised electroacoustic music, he has developed his own digital systems for performance that assume a turntable-like, sculptural approach to shaping sound using his hands and voice. He often performs solo as well as with a wide array of artists across musical styles and artistic media. Ongoing collaborations include the trio Triple Point with Pauline Oliveros and Jonas Braasch, a duo with underground noise legend If, Bwana, and participation in  Composers Inside Electronics.

Recordings of Van Nort’s music can be found on Deep Listening, Pogus, Zeromoon, MIT Press and Attenuation Circuit among other experimental music labels. He produced the Triple Point 3-CD set released in 2014 by Pogus Productions that has drawn praise such as: “Electroacoustic improvisation has the potential to be a music of timbral complexity, of rapid shifts of sound colors within a multi-layered environment…Triple Point lives up to that potential, as would be expected from such a fine assembly of improvisers…. Each has a distinctive voice, but the group’s sound is a genuinely collective, emergent object in its own right.” (Daniel Barbiero, Avant Music News).

As an educator, leveraging his experience of Deep Listening and his creative practice in electroacoustic composition/improvisation and sound-focused art/research, Professor Van Nort has led workshops, seminars and courses designed to enhance listening and creativity through a bodywork, breathing/sounding/listening exercises, and the use of analogue/digital electronics as a shared medium for such collective experiences. Prior to joining York University, he held a Banting Fellowship at Hexagram/Concordia University, collaborating with media artists, performers and scholars as an affiliate of the Topological Media Lab, and was a research associate and instructor in music and media at Rensselaer Polytechnic Institute, where he conducted research as a core member of an NSF-led project on telepresence and machine improvisation while teaching courses in electronic arts and architecture related to telematic music, improvisation, immersive environments, listening and sound.

His creative/research work has been supported and recognized by many leading institutions including the New York Foundation for the Arts,  New York State Council for the Arts, National Science Foundation (USA), International Computer Music Association as well as the  Canada Foundation for Innovation and the Government of Canada (CRC Program).