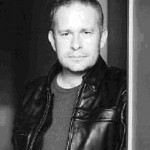 Professor Lampert has worked extensively as a director, actor, and teacher for the past 30 years.  His European credits include acting with Poland’s Theatre BLIK and the International Theatre in Vienna, Austria, as well as directing the national premiere of Oleanna for the Stary Theatre in Kraków, Poland; Raised In Captivity in Berlin, Germany; I Claudia in Barcelona, Shanghai and Munich; also in Munich Problem Child; twice directing at the renowned East 15 Acting School in London, England; and, more recently, Beast on the Moon in Los Angeles and Ivona, Princess of Burgundia at George Brown Theatre.  His many directing credits in Canada include work for the Actors Repertory Company, Globe Theatre, Theatre Aquarius, Persephone Theatre, Tarragon Theatre, Theatre Tattoo, The Great Canadian Theatre Company, Buddies In Bad Times Theatre, The National Theatre School of Canada, as well as six seasons with the renowned Shaw Festival and three seasons with Blyth Festival.  He has taught mask, scene study and improvisation at theatre schools in Canada as well as England, Poland, Sweden, Cuba, Austria, Switzerland and China.  He is past Associate Director of Persephone Theatre and past Artistic Director of the George Brown Theatre School.  Currently he is Co-Artistic Director of Theatre PANIK.