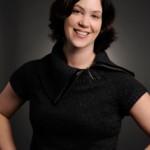 Marlis Schweitzer is an Associate Professor in the Department of Theatre at York University where she teaches courses on performance and commodity culture, Broadway musical theatre, theatre research methodologies, and nineteenth-century popular entertainment. She is the author of When Broadway Was the Runway: Theater, Fashion, and American Culture (2009) and Transatlantic Broadway: The Infrastructural Politics of Global Performance (2015) and co-editor (with Laura Levin) of Performance Studies in Canada (McGill Queen’s, 2017) and (with Joanne Zerdy) of Performing Objects and Theatrical Things (2014). Her work has appeared in numerous journals including Theatre Journal, Theatre Survey, TDR, Theatre Research International, Theatre Research in Canada, the Journal of Dramatic Theory and Criticism, and Canadian Theatre Review, as well as in the edited collections Performance and the City (Palgrave Macmillan, 2009) and Producing Fashion: Commerce, Culture, Consumers (University of Pennsylvania Press, 2008). Marlis has held research fellowships from the Social Sciences and Humanities Research Council of Canada, the Library of Congress (Kluge Centre), the Harry Ransom Center for the Humanities, and the Folger Shakespeare Library. Her current research focuses on nineteenth-century child actresses and the global performances of child consumers today. She is the President of the Canadian Association for Theatre Research.