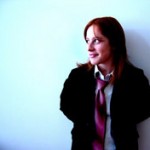 Laura Levin is Associate Professor of Theatre at York University. She is Director of York’s MA/PhD Program in Theatre & Performance Studies and teaches courses on contemporary theatre and performance art, devised theatre, and practice-based research. Her research focuses on site-specific, immersive, and urban intervention performance; performing gender and sexuality; political performance; intermedial and digital performance; methodologies of practice-based research; and performance theory. She is an Associate Editor of Canadian Theatre Review (former Editor-in-Chief and Review Editor); Editor of Performance Studies in Canada (McGill-Queen’s Press, forthcoming 2017); Editor of Theatre and Performance in Toronto (Playwrights Canada, 2011) and Conversations Across Borders (Seagull/U of Chicago Press, 2011); and Editor of several special issues of journals (on performance art, performing politicians, performance and space, digital performance, performing publics, and more). She is the author of Performing Ground: Space, Camouflage, and the Art of Blending In (Palgrave, 2014), winner of the Canadian Association for Theatre Research’s Ann Saddlemyer Award for her best book in English or French.

Laura has worked as a director and dramaturg on a number of productions in North America and co-curated research-based art projects that investigate intersections of performance, geography, and digital technologies. Most recently, she has been moonlighting as a performance artist and collaborating on activist, photo-based actions critiquing discourses of Canadian nationalism and exceptionalism in its various guises. She is co-curator of the Performance Studies (Canada) Speaker Series, and co-investigator and Board Member of the SSHRC Partnership Grant, the Canadian Consortium on Performance and Politics in the Americas, a research group, which explores the relationship between performance and activism through a hemispheric methods and encounters, working in collaboration with NYU’s Hemispheric Institute of Performance and Politics.