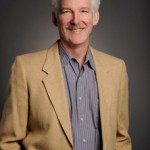 Professor Mayberry has been a working theatre professional since 1976.  He has worked as a carpenter, properties builder, performer, choreographer and writer. He has been teaching undergraduates about theatre production since 1981 and has been at York since 1998.  Although passionately interested in everything humans can do or make, some of his current specific interests include 19th Century theatrical effects and illusions, ritual drama and street theatre, and Health and Safety issues in the entertainment industry.  He is an active member of the Canadian Institute of Theatre Technology.  He is also an active member of the Health and Safety Commission of the United States Institute for Theatre Technology (USITT), acting as a liaison with the Education Commission of USITT.  He is Vice-Chair of the Technical Commission of the International Organization of Scenographers, Theatre Architects and Technicians (OISTAT).  His interests also include folk dance and song, and he is a board member of the Country Dance and Song Society.