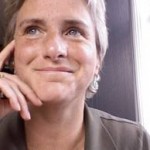 Professor Batdorf is listed in the Who’s Who of American Teachers, received the York Faculty of Fine Arts Dean’s Senior Teaching Award for 2009/10 and in 1996 was voted Most Outstanding Faculty at The Boston Conservatory where she taught for 12 years. Batdorf has also taught at Brandeis University, Emerson College and the University of Alaska Anchorage. She founded the Batdorf School for Movement Theatre in 1998 and has been a guest artist in universities and theatres internationally. Her solo works have appeared in such places as the Smithsonian Institute, The Fine Arts Museums of San Francisco, Landegg Academy for International Development in Switzerland, Nine Dragon Heads International Arts Symposium in Korea, Harvard University, Movement Theatre Festivals in New York, Philadelphia and New Hampshire, the Women’s Theater Festival in Philadelphia, the Boston Center for the Arts and in NYC for PS122, Dixon Place, Moonworks and the NY International Fringe Festival. Erika Batdorf has also performed for United Nations conferences in Switzerland and Denmark and the 7th International Women’s Playwrights Conference in Indonesia. Her works have appeared in Toronto at Theatre Passé Muraille, The Theatre Centre, Factory and Buddies in Bad Times Theatre many times in the Hysteria and Rhubarb! festivals. She has had four Dora nominations, one for performance, two for playwriting and one for directing. In 2010 she created/directed an original production for the Luminato Festival for Arts and Creativity, adapted and directed Peer Gynt as a two hander listed in NOW in the top ten theatre of 2010 and performed her solo Poetic License in Massachusetts at the KO Festival. Most recently she performed in Brooklyn, NY and in Toronto for the Festival of Fools and is working on a new solo. She will be in Bali, Indonesia and Australia for her 2011- 12 sabbatical.