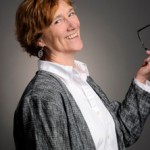 Elizabeth Asselstine has been working as a lighting designer across Canada for almost three decades in both opera and theatre. Opera credits include the production of Der Fliegende Holländer at Edmonton Opera and Opera to Go for Tapestry New Opera Works, Toronto.  She has also worked for Baltimore Opera, Pacific Opera in Victoria, Vancouver Opera and Opera Lyra in Ottawa, as well as 12 with the Canadian Opera Company.  With the COC she toured to the Edinburgh Festival, New York City, Hong Kong Music Festival and Melbourne Music Festival, Australia.

Professor Asselstine’s theatre credits include Elizabeth Rex and Coronation Voyage for the Globe Theatre, Regina; Rice Boy for Toronto’s CanStage; and various productions at the National Arts Centre in Ottawa, Edmonton’s Citadel Theatre and the Charlottetown Festival. She has designed frequently for the Shaw Festival, including their productions of Playboy of the Western World, The Children’s Hour, and An Ideal Husband. Other credits include the original designs for Canadian musicals Anne and Gilbert and Stan Rogers: A Matter of Heart.

A Dora nominee, Elizabeth Asselstine is a member of Associated Designers of Canada and OISTAT (International Organization of Scenographers, Theatre Architects and Technicians), and serves on the committee of Theatre Ontario’s Professional Training Program.