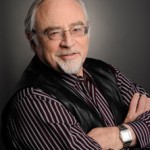 Professor Rubin began his career at the famous High School of Performing Arts in New York City where he trained as an actor. He later moved to Canada where he became a founding member of the Department of Theatre and of York’s Faculty of Fine Arts. Chair of the Department for three years, and later Founding Director of the Graduate Program in Theatre Studies (MA and PhD), his areas of specialization today include Canadian Theatre, African Theatre, Criticism, Theatre Theory, and Modern Drama.

A founder and editor of the quarterly journal Canadian Theatre Review for eight years and a working daily critic in print, radio and television for the Toronto Star and CBC Radio among others, he was the editor of the standard scholarly volume Canadian Theatre History: Selected Readings (Playwrights Canada Press) and Routledge’s six-volume World Encyclopedia of Contemporary Theatre. Prof. Rubin is a former president of the Canadian Centre of Unesco’s International Theatre Institute, a founder and current President of the Canadian Theatre Critics Association, a member of the International Executive Board of the International Association of Theatre Critics’ and a member of the editorial board for the IATC web journal, Critical Stages (criticalstages.org). He also serves on the Executive Board of the Shakespeare Fellowship.

He has taught and lectured at major universities and theatre schools in South Africa, Nigeria, Russia, China, Japan, France, England, Sweden, Mexico and at numerous universities across North America. At York, he teaches Canadian theatre history at both the undergraduate and graduate levels as well as courses in African theatre and drama, and applied criticism. In 2011-12, he taught a fourth year course in Shakespeare: The Authorship Question, a course which  interrogated the mystery surrounding who really wrote the plays ascribed to “Shakespeare.”

He is married to York Creative Writing Professor Patricia Keeney, a poet, novelist and theatre critic. A fuller biographical sketch can be found on their joint website:  wapitiwords.ca