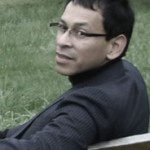 Originally from Nicaragua, Professor Guevara has harbored a lifelong interest in the intersections of theatre, performance and politics. During the Nicaraguan Sandinista government he participated in a cultural brigade, received training at the National Theatre School and was a member of Alan Bolt’s Nyxtayoleros Theatre. He has collaborated in a number of inter-cultural theatre organizations including Teatro Sin Fronteras (Toronto), Mise au Jeu (Montreal), Théâtre autochtone Ondinnok (Montreal), Dalit Theatre Group (Nepal), Act!vision (Lethbridge) and Chocolate Woman Collective (Toronto). He received an interdisciplinary PhD from Concordia University in Theatre, Social Anthropology and Communications.

Professor Guevara’s scholarly work focuses on a number of interconnected areas, including the theatricality of power, performance and nationalism – with a focus on the contestation of dominant narratives, art and revolution, theatre for social change, Indigenous art and performance, the aesthetics of violence and affliction, the body in performance, and ethnographic methods. A unique strength of his scholarship and teaching is his combination of contemporary performance theory and ethnographic methodologies. Thus, while field research forms the backbone of his performance studies scholarship in Nepal and Nicaragua, the measurable outcomes of this research are diverse and include: documentary films, exhibitions, performances, and an interdisciplinary open-access online journal InTensions http://www.yorku.ca/intent/index.html. He has published in Visual Anthropology Review, The Applied Theatre Researcher/IDEA, 452F: Journal of Literary Theory and Comparative Literature, and Intensions among others. His film work has been shown internationally at venues such as DOXA Documentary Film Festival, Planet in Focus Environmental, International Film and Video Festival, The RAI: Royal Anthropological Institute International Festival of Ethnographic Films, and ASPEKTY among others.