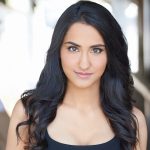 Amrit Kaur is an actor and writer; since graduating York University with a BFA in Acting (2015), she continues to study her craft with coaches Michele Lonsdale-Smith and Stephen Park at the Lonsdale Smith Studio in Toronto. She loves making and watching art at the L.S. Studio, enjoys reading plays, volunteering with the South Asian Women’s Centre, playing the piano, practicing poi performance art, and is writing her first play, Hummingbird, under the guidance of Marjorie Chan and Cahoots Theatre’s TCR Hothouse Program. 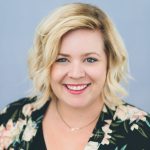 Alexandra (Clement) McNamara is a graduate of York University’s Theatre Department (BFA Acting 2007). After university, she found herself drawn to event planning and design and now runs Blush + Bowties, launched in 2013. Today, the company is a team of 3 with over 50 events a year in its portfolio. Most recently, Alex designed and planned Toronto’s first Concierge Event for the well-respected Australian wedding dress company Grace Loves Lace, and completed a course in interior design. We spoke to Alexandra about her experience studying acting in the Department of Theatre, and what it has given her as a designer and small business owner. 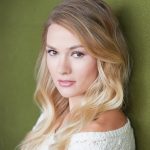 Tori Anderson (BFA Acting 2011) has continued to work in film, TV and theatre in Canada and the US. In her most recent work she played the title role of Evie on No Tomorrow (CW). She has also worked on Killjoys (Syfy), The Other Kingdom (Nickelodeon, Family), Open Heart (YTV, TeenNick), and has appeared in the films Killing Daddy, The Mermaid Chair, To Have and to Hold and Cable Beach. Tori also portrayed Michelle Phillips in Dream a Little Dream at the Phoenix Theatre in Arizona and Viv in HABIT at the Luminato Festival. We spoke with Tori about her time at York, and how it has helped her in her career. 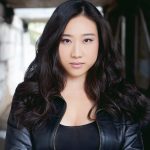 Tina Jung is a graduate of York University’s Department of Theatre (BFA Acting 2013). Since then, she has been busy working, mainly in television and film. She has a recurring role on CBC’s Kim’s Convenience and Nickelodeon’s Make It Pop. Other selected screen credits include Saving Hope, Man Seeking Woman, The Expanse, and Beauty and the Beast. You can also see her on the upcoming Michael and Peter Spierig’s Saw: Legacy released later this year. 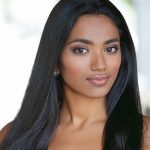 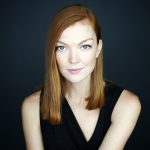 Emily Coutts (BFA Acting 2011) is most recently a graduate of the Acting Conservatory at The Canadian Film Center (2016). Her most recent film and television credits include Murdoch Mysteries, 3-Way (Not Calling) (TIFF 2016), Come Back (CFF 2017), Dark Matter, Guillermo Del Toro’s Crimson Peak, Steven Soderberg’s The Girlfriend Experience and Hallmark’s The Best Christmas Party Ever. Coutts is also a filmmaker and co-produced and starred in the indie feature Barn Wedding (Canadian Film Fest & Dances With Films Festival) and is currently co-creating a comedy series called Beattie and Mae. 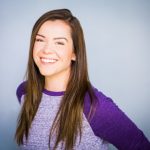 Sheri Godda is a graduate of York University’s Dept of Theatre (BFA Acting 2013) and most recently a graduate of The Second City Conservatory (2016). Sheri is the other half of the improv comedy duo GoddaKuch. Since graduation, she has performed in multiple shows with indie theatre company Echo Productions. She is starring in a web series titled, “At Sea” which is to be released in 2017. You can also catch her in her first principle role in the “Murdoch Mysteries” season 10 finale. Sheri has been accepted into The Second City House Company Ensemble where she will perform every Friday at The Second City John Candy Box Theatre. 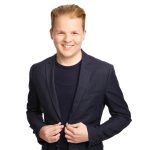