Established in the Department of Theatre at York University in 1969, Theatre @ York
has been a springboard for a generation of outstanding Canadian theatre artists. 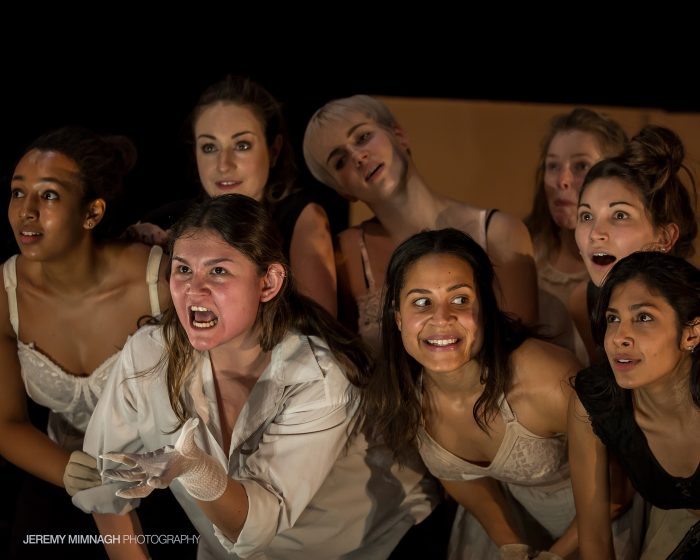 “The Yellow Wallpaper,” directed by Matthew Earnest, featuring actors from the MFA and BFA classes of 2017.

Each year Theatre @ York mounts an exciting season of plays drawn from the contemporary and classical repertoire. Toronto and Canadian premieres are frequently found on the playbill, which ranges from challenging new North American works to the enduring masterpieces of Molière and Shakespeare.

Theatre @ York productions feature the work of renowned and rising directors, and showcase the performance and production talents of undergraduate and graduate students in York’s Theatre Department — Canada’s most promising young stage talent.

Each year we present a season of mounted shows in the Sandra Faire and Ivan Fecan Theatre. and in the Joseph G. Green Theatre. We also presented unmounted shows in our studios, featuring the work of our Devised Theatre and Acting students, plus a series of site-specific shows, with work created by students in the Playwriting and Developmental Dramaturgy classes.