Each month we shine our Spotlight on a faculty or staff member in the Dept of Theatre. This month, we’re focusing on Production Coordinator Christina Cicko. 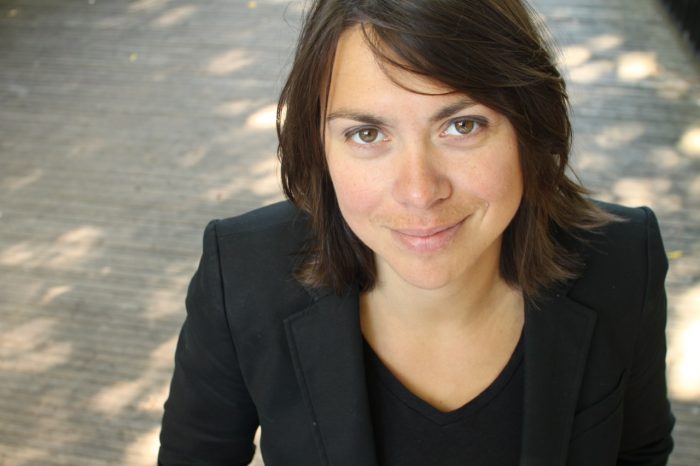 I’m Christina Cicko (BFA, Theatre Design & Directing, University of Victoria 2000). I have worked in the arts professionally for close to twenty years, primarily as a Lighting Designer and Stage Manager. After graduating from my BFA in 2000, I learned very quickly that working in theatre often requires you to go where the work is. I took a deep breath and moved across the country from a suburb of Vancouver to the big city of Toronto to start my career. Despite this move, I went on to find opportunities primarily outside of the city as I started out, including positions as an Assistant Lighting Designer for the Dance Program at the Banff Centre for the Arts and with the Stratford festival at the Avon Theatre. I eventually found a home in sketch comedy and Improv at the Second City Toronto, where I worked for 9 years. In my time at Second City, I Stage Managed 5 mainstage reviews, designed numerous reviews for the Mainstage and Touring companies, and toured across Canada and the United States. Working in Improvised theatre allowed me to cultivate skill adapting to new and constantly changing work—even in the middle of a show—and creating live design.

I have since had the pleasure of working with many exciting theatres in Toronto including Buddies In Bad Times Theatre, Nightwood Theatre, Canadian Stage Company, Native Earth, Soulpepper, Harold Green Jewish Theatre, Theatre Panik, and Aluna Theatre to name a few. In 2018, I taught Stage Management here at York University and served as a mentor for Theatre Ontario’s Youth Emergence 2.0 Program.

I recently toured with Buddies In Bad Times Theatres’ Dora award winning production of Kiinalink: These Sharp Tools. I first joined the project for its premiere in 2017 and it will always hold a special place in my heart. There is something very meaningful about being part of a production as it is created. As a Stage Manager, promoting a safe space for artists to explore and create together is my priority and it was a privilege to support such a diverse group of storytellers in their collective process as they challenged views about our land, climate, and sexuality.

Early on in my career, I was fortunate enough to be mentored by two amazing Lighting Designers: Michael J Whitfield and Paul Mathieson. Michael influenced my understanding of the character of light and colour and how these facets of lighting design support and compliment a narrative. He taught me how to listen and see all of the artists in the room as well as the importance of great paperwork, professionalism, and humor. Paul instilled in me the notion of “thinking outside of the box” and using other artistic mediums to inform design. He introduced me to visual artists such as James Turrell and Edward Hopper, who utilize light to augment the emotions conveyed by their pieces. These artists have inspired many of my designs.

As a Stage Manager, the late Winston Morgan heavily influenced my approach to the rehearsal hall. My SM mentor, Crystal MacDonell further provided me with a master class in paperwork, technique, risk management, accountability, communication, and fun!

“Light is not so much something that reveals, as it is itself the revelation.” – James Turrell