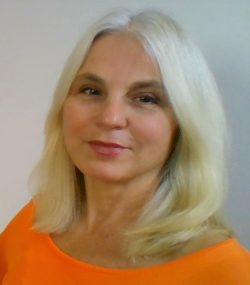 This article is part of our Spotlight series where we feature faculty and staff working in the department. In it, we’ll ask each participant four questions about themselves and their time at York.

My name is Elena Rakitskaya. I was born in the Arctic in Russia where my parents worked for the nuclear program that the Soviet government conducted at that time. My first exposure to fashion was a pet polar bear dressed in a sailor t-shirt.

Making clothes for yourself and a family was a valuable skill in the communist and post-communist era. My grandmother taught me how to sew and knit at a very early age. Later, I graduated from the Moscow State University of Design and Technology with a bachelor’s degree in fashion design. 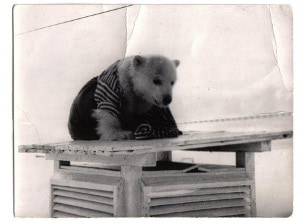 When I immigrated to Canada, I had a challenging zigzag career path. But as all roads lead to Rome, In Canada, I eventually found myself in the clothing business but this time around in costume design for film and theatre. In film, the most memorable costume design project was for “Gangster Exchange”. As a Costume Designer, I received an award for the best costume design in feature film at the Action on Film International Film Festival, Los Angeles, 2009. 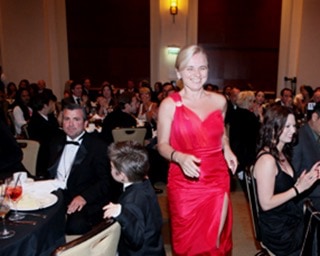 In theatre, my credits include working on projects at the National Ballet of Canada, Canadian Opera Company, Broadway and Off-Broadway shows produced by Mirvish Productions.

My unforgettable events in costuming relate to working with Lady Gaga. In 2017, I tailored her pink leather outfit for The Toronto International Film Festival (TIFF). And a year later, in 2018, when Lady Gaga came to Toronto to promote “A Star Is Born” at TIFF, I was called to be her personal dresser. That was definitely an honour and at the time a “wow” adventure for me. 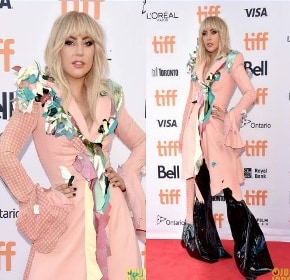 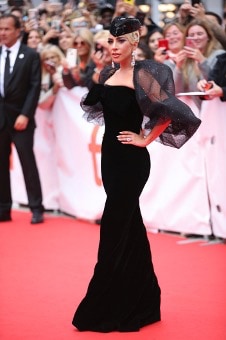 2. Tell us about a creative or research project that you have been immersed in recently

4. Is there a quotation that inspires you?