Paul Halferty (BFA 1998) I am a theatre historian and a queer theatre and performance studies scholar. I’m Assistant Professor in Drama Studies in the School of English Dram and Film at University College Dublin, where I am also the director of the UCD Centre for Canadian Studies. Before returning to graduate school, I taught acting at the Randolph Academy for The Performing Arts in Toronto, and was assistant producer to Sherrie Johnson at da da kamera and the Six Stages Festival, also in Toronto. I went on to complete my doctorate at the Centre for Drama, Theatre and Performance Studies at the University of Toronto in 2014, and moved to Dublin to take my post at UCD the same year. I have taught at York University, the University of Toronto, and at Brock University, mainly in the areas of theatre history, acting, and gender and sexual diversity studies. I was member of Buddies in Bad Times Theatre’s board of directors from 2007 until the end of 2013, serving as its president from 2008 to 2012. In addition to my academic research, I work professionally as a dramaturge.

Rather than a favourite moment, I have favourite moments that took place as part of my first year Theatre Survey course. On a number of Mondays that year, our TA Kym Bird (who is now a professor at York) organized theatre visits to Canadian Stage. Kym, myself and a few peers (Charles Pavis, Sarah Popoff, Rosemary Rowe, among them) would meet early on Monday mornings at the Canadian Stage box office to get pay-what-you-can tickets for the students in our tutorial. Of course we had a marvelous time at the plays themselves, and discussing them together in tutorial the following week, but it was waiting in line that we all got to know one another. As banal as it may sound, waiting in line talking, learning, and making friendships that exist until this day are my favourite moments.

In third year, my directing class attended the “Why Theatre?” conference at the University of Toronto. A masterclass was given by the German theatre director Andrea Breth. Before beginning the class, she told the audience that if they planned to leave the session early, they should just leave now. To me, they’ve been words to live by.

My views about theatre and teaching were formed by my time at York, and, as a result, I incorporate more than I really say. York has shaped the teacher, scholar and person that I am today. 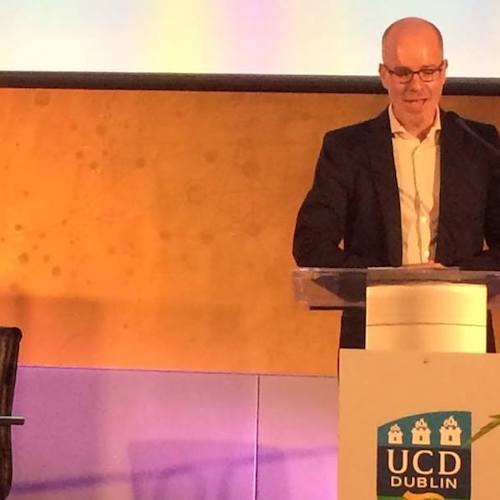