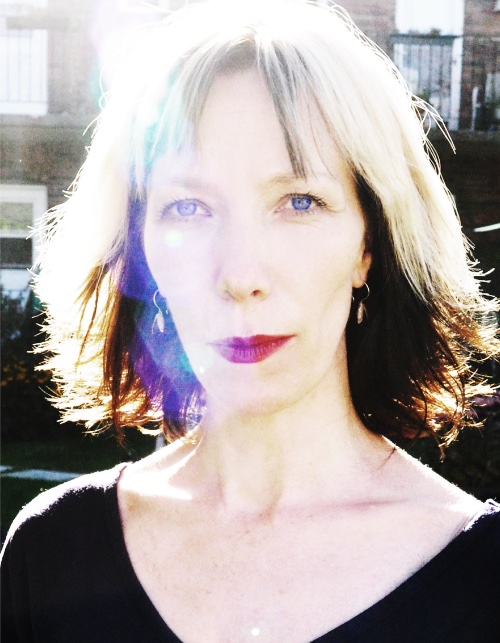 I am a theatre creator and director and have been involved in the theatre community since completing my MFA. How I got where I am is a little circuitous. I worked as an actor for several years, auditioning hard, doing theatre and doing a lot of indie and experimental work in Toronto. It was not a pathway that made me terribly happy and I found myself more and more interested in making theatre, in making theatre that involved my body and a deeper physicality, and eventually making theatre that I wasn’t performing in. I worked as an administrator at Harbourfront Centre and was able to see so much amazing theatre and dance first hand. I also worked at STAF as a client service manager and was able to learn how to write grants and be a producer/administrator. In 1998, I founded Theatre Rusticle and mounted a little show at the San Francisco Fringe Festival (with one of my MFA classmates) called Bride’s Albatross. The show sold out and I found the confidence there to not only produce my own work, but to direct it. For the last 20 years, I have been running Theatre Rusticle and  stayed very committed to an independent, physically poetic voice in the community. We’ve deconstructed Strindberg, devised around Virginia Woolf, created an adult version of Peter and the Wolf and remounted our first show in 2007 as April 14, 1912. We’ve received 13 Dora Mavor Moore Award nominations, have been presented at The Magnetic North Theatre Festival (Vancouver 2008), Super Nova Theatre Festival (Dartmouth 2008), toured to western Canada, partnered with Harbourfront Centre, The Theatre Centre and most recently Buddies in Bad Times Theatre for three seasons. The work is always about the collision point between text and the body and in 2017, we took the process we’d been honing and applied it to a groundbreaking production of Our Town at Buddies. I sometimes direct and coach on things that are not my project; Brooke Johnson’s Trudeau Stories (Theatre Passe Muraille, NAC, Centaur, Neptune etc. direction); If We Were Birds (Tarragon Theatre, coach); Them and Us (TPM, coach); Farther West (Soulpepper, coach); and numerous projects for Blue Ceiling Dance and Zata Omm Dance Projects. I have mentored with Buddies Young Creator’s Unit, George Brown Theatre School, Paprika Festival and have been on the board of Puppetmongers Theatre and various panels, juries and steering committees. I am a founding member of The Patrick Conner Award. I teach movement, physical theatre and sometimes devising and places like York (since 2008), Sheridan College, The University of Toronto, Centre for Indigenous Theatre, George Brown Theatre School, Director’s Lab North, The Globe Theatre Conservatory (Regina), and Factory Theatre’s Foreman series. I also direct young people in pieces like The Stronger Variations (2013 Theatre@York); Anna Karenina (George Brown Theatre School) and Threepenny Opera happening now at Sheridan College Musical Theatre Programme. Upcoming are: Scott Shorts and Zelda (George Brown 2019); The Resistible Rise of Arturo Ui(Fanshawe College 2019) and Theatre Rusticle will be back with a production of Midsummer Night’s Dream (aka The Dream) in late 2019. I received a Dora nomination for Outstanding Direction in 2008, have been thrice nominated for the KM Hunter Artists Award and was Harolded in 2008 by Vikki Anderson. My path has been varied, tough, artistically rich and strange. It was not what I envisioned at York, but that MFA cracked it all open. 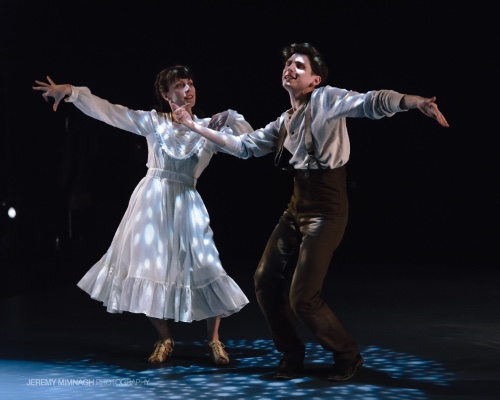 Very hard to answer this question because the two years of my MFA was a remarkable time and a very different time. Movement with Paula Thomson and the show our class developed called Fragments was a profoundly wonderful experience. My eleven other comrades. My favourite time was just the work, the revelatory every day practice and all the joy and struggle and intensity that involved. I was there at a very special time I think, we performed a lot, did a kids pantomime downtown at Passe Muraille, mounted Road three times on our own before doing it in rep. My favourite moments were the work.

I had two. Tom Diamond who taught our audition/monologue class told me that he suspected I might end up not doing what I thought I was going to do. I sort of scoffed at this at the time because it seemed impossible that I would not just be an actor. His words were kind and prophetic. Paula Thomson who was our movement teacher and who had a great influence on me, told me at a moment of being at a kind of crossroads to “take baby steps until every part of your body tells you, ‘this is what I do'”. They saw in me an artist that I couldn’t at the time (I was very young), but I could feel the rumblings. These two offerings gave me a lot to chew on, to push up against and to feel profoundly supported by. And I take those statements with me daily.

My work stands on the shoulders of much of the physical work we did with Paula, Dean Gilmour, I’ll add David Smukler to the mix even though he is “voice”. Paula’s work opened a possibility that I have run with, made my own and Theatre Rusticle has been deepening that work and gaining recognition for it for the last 20 years. I think we are also deeply influenced by our teachers and so as a teacher for a decade now, I carry my teachers with me to my students, but I also carry something that seemed really important in our training at the time, which was the need to unearth the artist in the room, to find freedom, to play in the most sophisticated of ways. 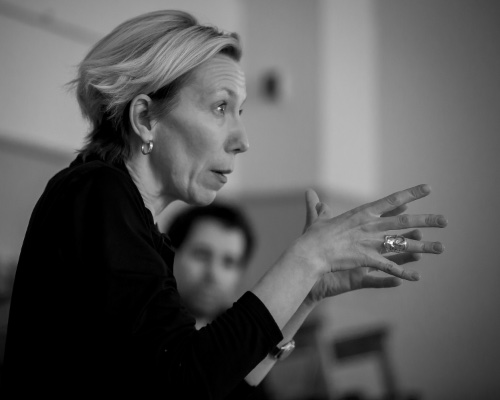