Disruptors innovate. Disruptors interrupt. Disruptors infiltrate. This season, Theatre@York presents plays that focus on the impact and influence of people who are agents of change. Sometimes unconventional, always challenging, these are characters who will never leave well enough alone.  The Reading Group, made up of fifteen students from acting, production/design and performance creation & research as well as three faculty members, read many diverse plays and met over six months to determine the Disruptorsseason.

We are pleased to open our 2018-2019 season with the premiere of rochdale, a new play by David Yee under the direction of Nina Lee Aquino, featuring the fourth-year acting ensemble.

David Yee is a Canadian actor, playwright and the artistic director of fu-Gen Theatre Company. His play carried away on the crest of a wave won the 2015 Governor General Award.

Nina Lee Aquino is an award-winning director and dramaturge, and the Artistic Director of Factory Theatre. She is committed to the development of new works, and to the manifestation of interculturalism in theatre.

Opened in 1968, Rochdale College was an experiment in student-run alternative education and co-operative living. The project ultimately failed when it could not cover its financing and neighbours complained that it had become a haven for drugs and crime.

Our second presentation is the company production of Middletown by Will Eno, featuring the acting students in the MFA program and directed by the esteemed Jackie Maxwell.

Lives of the inhabitants of Middletown transect in an emotional journey that takes them from the local library to outer space and beyond. The moving and funny play emerges as a meditation on loneliness, birth, death, and the anxieties of our contemporary lives.

Orlando is a dramatic adaptation of Virginia Woolf’s feminist classic by contemporary playwright Sarah Ruhl. It investigates the adventures of a poet who changes sex from man to woman and lives for centuries, meeting the key figures of English literary history.

The Balcony uses the setting of an unnamed city and a distant background of a revolution and counterrevolution to explore strains of power in a society. The play compelling examines the delicate equilibrium of reality and illusion.

Out first studio show in CFT 139 is Noise by Maria Milisavljevic under the direction of Lindsay Bell and Margaret Legere, featuring the third year acting students.

Maria Milisavljevic is an award-winning playwright, theatre creator and director who lives and works in Germany. Noise is an innovative play that speaks to war, fear, forgiveness and compassion in our modern world of human failings. The positive ending stands against the odds of contemporary stories in its conviction that future generations have the power to change the world for the better.

Our second studio presentation in CFT 139 is Metamorphoses byMary Zimmerman in CFT 139, under the direction of Birgit Schreyer Duarte and featuring the third year actors.

With the themes of loss, transformation, rebellion and the ever-present power of imagination Metamorphoses vividly juxtaposes the ancient and the contemporary in language and image to reflect the variety and persistence of story in the face of inevitable change.

Originally from Germany, Schreyer Duarte is a director, translator and dramaturg who enjoys introducing international work to Canadian audiences and tackling challenging scripts with actors. Most recently, she translated Deportation Cast for Theatre @ York, directed Noise at Randolph College for the Performing Arts and Hamlet at Shakespeare in High Park. She is also the dramaturg & artistic associate at Canadian Stage. 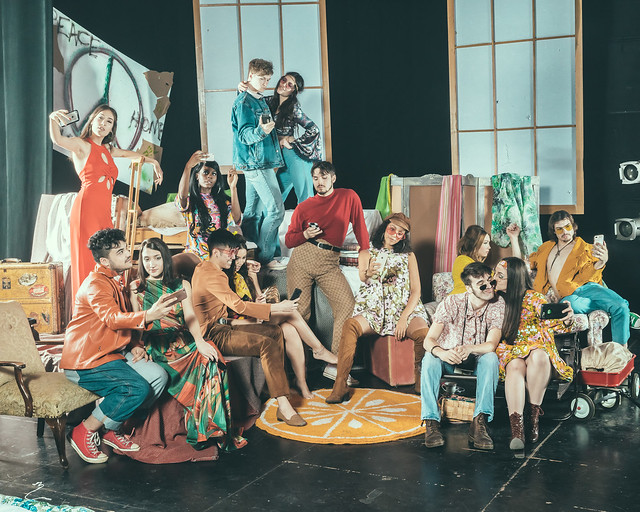